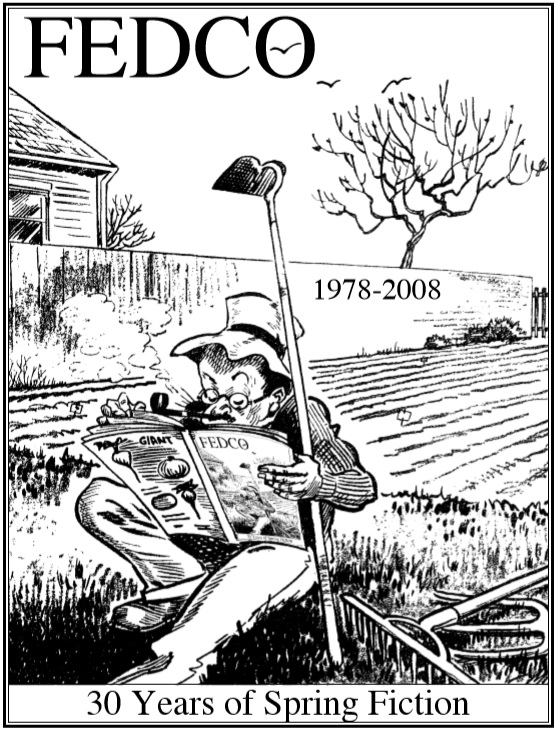 PHILLIPS – What could be a better time to think “seeds” than at 6 p.m. on Wednesday, March 27 at when the Phillips Public Library will host a reception for its current exhibit “Forty Years of the Fedco Seeds Catalog.”

Gene Frey, the catalog’s production manager, will be there to talk about the catalog, which is not only known for its political, social and agricultural commentary, but also its humor and great graphics.

“It’s a natural for the library,” said the library’s director Hedy Langdon. She noted that in recent years, in addition to loaning books, the library began loaning seeds. The stipulation being that seeds produced by the crops grown would be returned to the library for others to borrow. She adds that the exhibit will be presented in ways that will engage the children of the community.

The exhibition is being co-sponsored with the University of Maine at Farmington’s New Commons Project (https:/newcommonsproject.org) and will run from March 15 – May 15th. The event is free and open to the public. Refreshments will be served and free copies of the latest Fedco Seeds Catalog will be available.

Log onto newcommonsproject.org/calendar and scroll down to March for other New Commons Fedco events.

For more information on the reception, contact: Hedy Langdon at 639-2665.