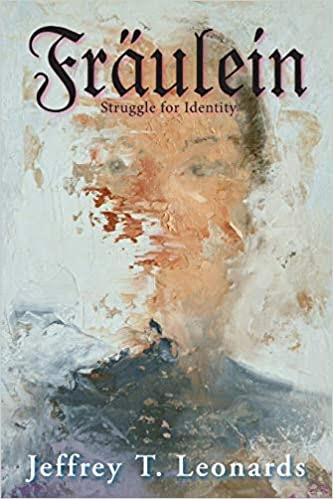 WILTON – A longtime former Wilton resident recently published a novel, “Fräulein: Struggle for Identity”, also available at Devaney, Doak & Garrett Booksellers in Farmington. The novel begins in Weimar Berlin as a coming-of-age story during the lead-up to the Second World War. The chief protagonist, Annika Tritzchler, entered medical school in 1936 at a time when few women were permitted access, even fewer allowed to practice. Nevertheless, with help from the chair of the psychiatry department, Karl Bonhoeffer, she lands a position at the Bernburg Psychiatric Hospital where, unbeknown to her, Hitler’s eugenics policies have begun in strict secrecy. Under the Reich’s T4 Aktion, patients with intractable illness are considered “lives unworthy of living.” It would take only a few months into her residency before Annika learns to her horror that some of her own patients- individuals she has taken pride in treating- have been summarily euthanized. Even worse is her shocking discovery that some of their deaths were unwittingly triggered by diagnoses she herself made. Raised with strong religious principles (her mother a devout Christian, her beloved stepfather Jewish), she refuses to collaborate with the Nazi doctors, which is a bold and life-altering decision. That effrontery leads, through several harrowing events, to her becoming falsely scapegoated as a Mischling, the irreverent term for someone of partial Jewish ancestry, and results in harrowing odysseys through both Sachsenhausen and Ravensbrück concentration camps. Rather than resolving with the war’s end, Annika’s post-traumatic stress involves unresolved guilt, which eats away at her life and ultimately leads her to question both faith and existence itself.

While most of the physicians in the early part of the story are committed members of the Nazi party, the central thrust, however tempting, is not to indict German medicine nor its practitioners. That has been done far more elegantly elsewhere. Instead, Fräulein is the story of a woman attempting to endure within a fascist culture unapologetically dominated by chauvinistic and oftentimes quite sadistic men. Counted amongst them were not only the Nazi SS, but also CEOs of industrial behemoths (e.g., Siemens, Bosch, Daimler-Benz, BMW and many others) who wantonly endorsed slavery, torture and even murder in exchange for unprecedented profits. One of the many themes in the novel is to show morality coming face-to-face with a social machinery geared around creating a new social order by erasing an entire people. The book highlights, sometimes in frightening detail, the seductive power of lies and propaganda under a messianic cult of personality and how easily the collective consciousness can fall within its spell.

In the final analysis, Fräulein is an embodiment of philosophy, medicine and religion operating within a social and political dystopia. Written by a career psychologist, the novel illuminates in rich detail the psychic struggles of a woman marginalized by roles that thoroughly blur her sense of self. Reintegrating her identity is an existential challenge, one that pervades her entire life, and doing so entails running the gauntlet of profound PTSD.

Although just released, the book has received many complimentary reviews and endorsements, including the following:

“Leonards successfully blends the horrific events of early 20th century Germany with the life story of Annika, whose search for meaning in life leads her into a career in medicine and beyond that into psychiatry and treatment of mental illness. The novel breathes life into many of the key issues of the era, including anti-Semitism, the mass hysteria of Fascism, and the totalitarian regime’s iconic institutions, the concentration camps and the euthanasia programs. Experiencing all of this, Annika tries valiantly to maintain her sanity as well as her sense of morality, and in describing her struggles Leonards has created one of the most unforgettable characters in modern literature.”

“Amazing really what you have done… Ambitious and panoramic!”

“Fraulein is a masterfully written, psychologically astute portrayal of a young woman living and practicing psychiatry in a country descending into political and moral insanity, a chaos that consumes its intelligentsia and decent people, and that threatens to consume her own integrity. Filled with lyrical, almost transcendental beauty, as well as etched depictions of evil, Fraulein is both a gripping story and an unforgettable lesson from history that the gift of a civilized society cannot be taken for granted, but must be nurtured at every turn – it is the only thing saving humanity from the abyss.”

“Your fictional character, Annika, sounds like my kind of person…”