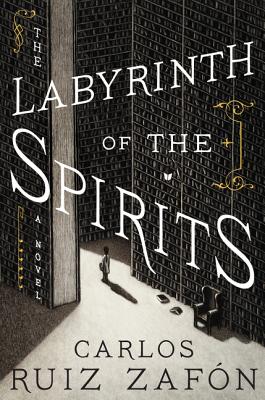 With the Labyrinth of the Spirits, Carlos Ruiz Zafon has completed his four-book Cemetery of Forgotten Books series. The author, along with providing the fourth book, has also supplied a narrative edict. “Each individual installment in the Cemetery of Forgotten Books series can be read in any order, enabling the reader to explore the labyrinth of stories along different paths which, when woven together, lead into the heart of the narrative.”

From a bookseller’s point of view this is a sensational idea, of course. Consider the following scenario taking place in the near future. A customer motions to a stack of The Labyrinth of Spirits.

Customer: So what can you tell me about this one?

Bookseller: It’s the sublime culmination to a truly outstanding series. Set in Barcelona from 1938 through the 1970s, these books deftly combine the world of bookselling, the long shadow of the Spanish Civil War, Gothic literary interplay, wonderfully salty characters, sublime dialogue and verbal sparring, along with elaborate and satisfying exposition. Taken together or individually they represent a reading experience not to be missed.

Customer: Oh, so do I need to read the books in order? What is book one? 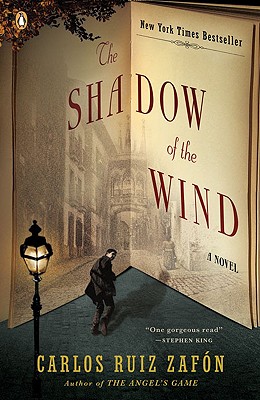 Bookseller: The first book published was Shadow of the Wind, of which we are out of stock until Thursday, however the books can and should be read in any order.

Bookseller: Absolutely. Look right here on this page. “Each individual installment in the Cemetery of Forgotten Books series can be read in any order, enabling the reader to explore the labyrinth of stories along different paths which, when woven together, lead into the heart of the narrative.”

Customer: Great, I’ll take this one.

Setting aside its benefits to hand-selling Zafon’s assertion, which was actually first revealed with the third book, The Prisoner of Heaven, invites those of us who read his books in the order they were produced to ponder whether his assertion is actually a literary best practice. It is an elegant idea to be sure, in which each book is essentially a separate portal in and out of a single labyrinth, the experience of whose traverse is colored by the particular entries and exists each individual reader happens to make. Or is there really a best point of entry and exit? 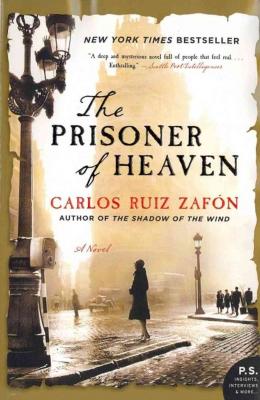 When I finished book four I was absolutely convinced that The Labyrinth of the Spirits was the only possible terminus for the series. It tied together so many hanging threads, was so satisfying a conclusion, that whatever order you read books one through three, this was the only way out. Furthermore, since I consider book three, The Prisoner of Heaven, though it fills in a great many vitally important narrative details, to be weaker than books one and two, The Shadow of the Wind and The Angel’s Game, I would never recommend starting with it. My initial conviction was thus that books one and two were interchangeable but that books three and four needed to be read as published.

A strange thing happened over time, though. I began to see that reading Labyrinth first would have given a sublime insight into any of the other books. As the culmination of my own reading experience settled down, and I poked my head back into the Cemetery of Forgotten Books, I could see clearly that Zafon had truly pulled his conceptual narrative tour de force off. True, I would never suggest reading Prisoner of Heaven first, but beyond that, as long as you actually open a door to the labyrinth and enter it, all is well. As to not reading the Cemetery of Forgotten books at all, that is obviously a grave error.