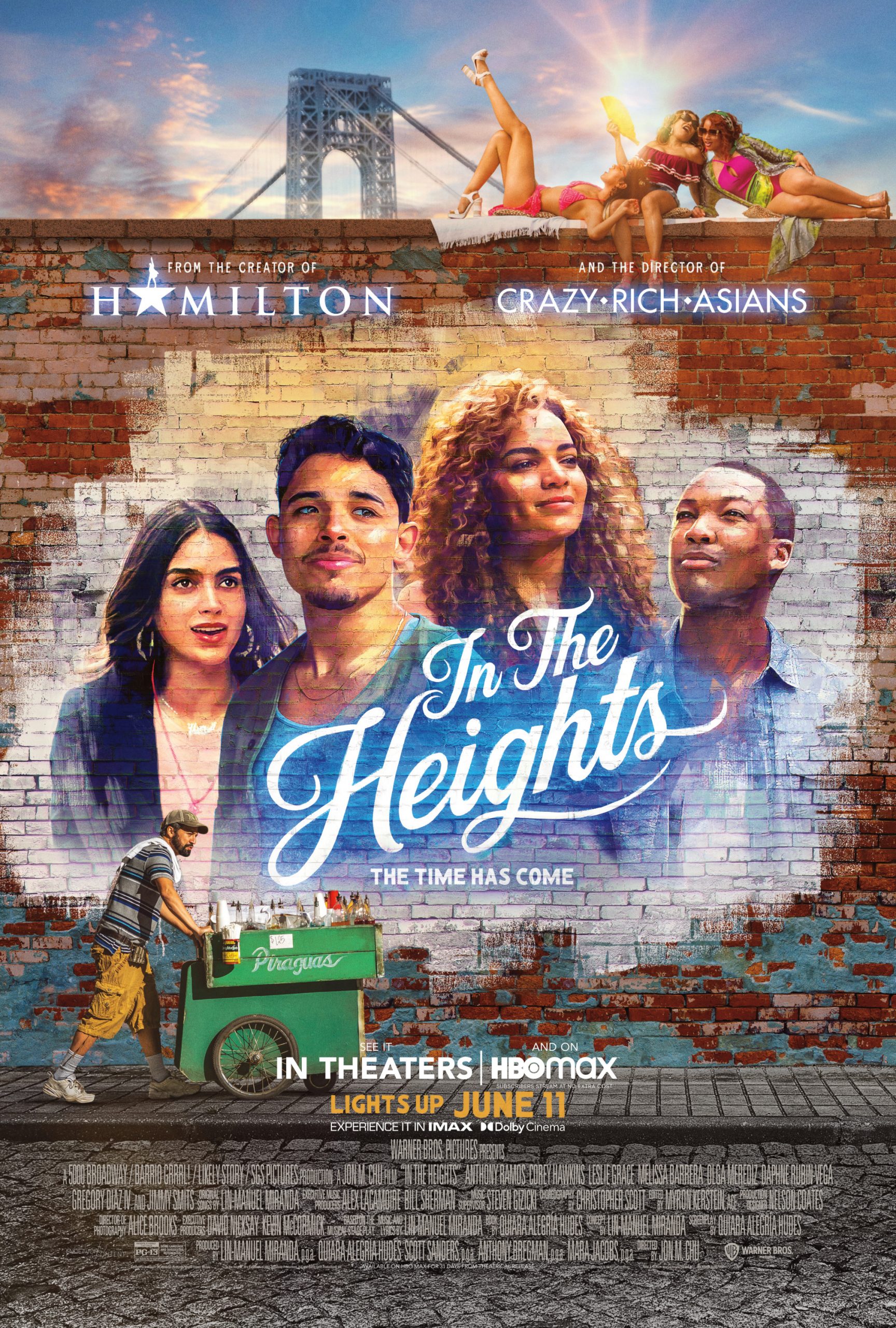 My second expedition to Narrow Gauge Cinemas was to see a well-received musical film. In the Heights was an exciting exploration of Washington Heights, New York. The film follows the story of several young people living in a neighborhood in the midst of gentrification.

Usnavi (Anthony Ramos) is the main character/storyteller of the film; he is a young man in pursuit of his dreams of going to the Dominican Republic to rebuild the bar his father owned there. Nina Rosario’s (Leslie Grace) struggles with facing racism while attending Stanford. Feeling out of place quickly becomes the glue for the musical.

What is particularly eye catching about this film is the way the scenes heavily hold on to their musical performance roots. While some adaptions of plays/musicals, (Mama Mia, and Phantom of the Opera) have completely different translations to film, In the Heights with its fast-paced scenes and extravagant theatrical performances screams theatre.

Though one may think that this does a disservice to the film, I believe it highlights the good parts of both film and theatre, creating a magnificent hybrid of both artistry. The cinematic pieces of this film are elegant and well orchestrated such as the shots of the Manhattan bridge following the troubled Nina as she struggles to find her place away from home. The Manhattan Bridge appearing consistently in Nina’s shots creates a symbolic relationship between the world that accepts her for who she is and the world that seemingly does not. Nina is in conflict with creating a connection between both worlds and that is displayed throughout the film.

If Nina’s story line single handedly saves the plot, Paciencia Y Fe is unquestionably one of the superior songs in the musical, surrounding the background of Usnavi’s Abuela Claudia (Olga Merediz). For the most part the soundtrack exposes the struggles of young adults and their dreams, but it was rather interesting to see the side of Claudia and her whole life and the struggles she faced as an immigrant.

The musical is a fun and powerful representation of the struggle of immigrants and Latino-Americans in a world that can be less welcoming.