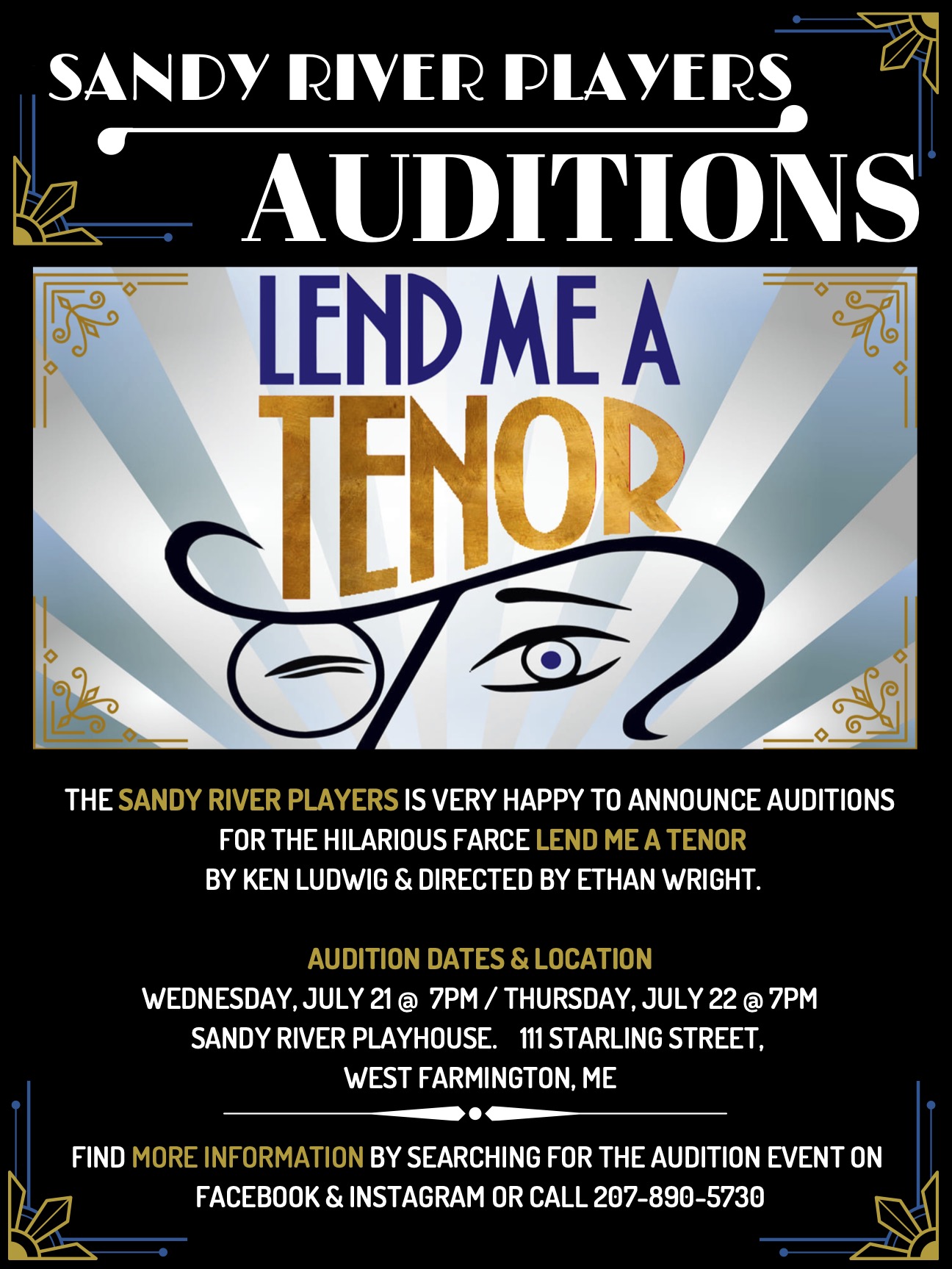 FARMINGTON – Sandy River Players will be holding auditions on July 21 and 22 for ‘Lend Me A Tenor,’ a farce-style comedy written by Ken Ludwig and set in the 1930s. The play will mark SRP’s return to the stage since the pandemic.

While SRP has been holding its annual summer theater camp, which will stream Disney’s The Little Mermaid Jr. on July 17 and 18, the pandemic upended last year’s planned production of the Mamma Mia! musical. Ethan Wright, who will be directing Lend Me A Tenor this fall, said he chose the comedy to celebrate SRP’s return to the stage.

“I think theater is coming back in a big way,” Wright said. “I wanted to pick something fun.”

The play takes place in the 1930s, featuring a famed opera tenor, Tito Merelli, who must be replaced at the last minute by a mousey manager, Max, to fool a sold-out crowd. With Tito and Max wearing identical costumes, hijinks ensue when the real star wakes up. Wright said that the Sandy River Players intend to lean in to the 1930s setting, hosting a gala for the Saturday opening which will feature catered food and an open bar. In addition to highlighting the SRP’s return to the stage, the event will act as a fundraiser for the community theater group.

Auditions will be held at the Sandy River Playhouse at 111 Starling Street in West Farmington on Wednesday, July 21, and Thursday, July 22, at 7 p.m. The play will cast four men and four women, ages 22 and up. Rehersals will run through August and September, likely two or three days per week, with the play itself being held in October.

Wright noted that previous theater experience is not required to audition, and he encouraged anyone interested in the play to consider trying out.