Chapter One – Will This Be The Year?

Every year someone on my staff, Eldridge, makes the same promise to me.  He avows that if I staff the Downtown Farmington Early Bird Sale, which entails my getting up at 4 a.m. on the first Saturday morning of November, and then making my way over to the bookstore by 6 a.m., that I will find a diamond considerably larger than the Hope diamond left out for me on the counter. 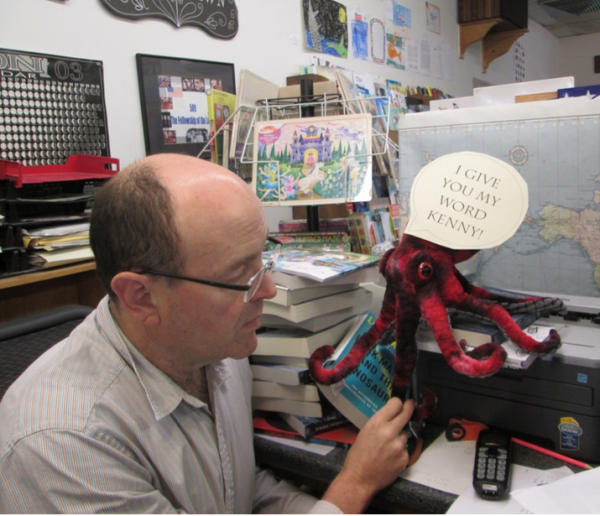 Thus far he has managed to forget every single time. And so I ask myself…will this be the year?

I hope so, but still, the disappointment of past years quickly evaporates in the fun of the morning. DDG has a 15 percent off storewide sale from 6-9 a.m. Our new holiday books and featured seasonal titles are on display for the first time. The bustle, the coffee, the camaraderie, the great buys on great holiday books, all make for such a splendid time that by nine o’clock I’ve forgotten all my disappointment at having been bilked of a vast fortune by that forgetful Octopus, Eldridge. Sometimes I wonder if he really owns the world’s largest diamond, and if he does, whether he ever means to give it to me. Still, I won’t know for sure until this Saturday at 6 a.m. See you at the store!

Chapter Two – Was This The Year?

Well, It was a terrific Early Bird here at DDG. We were crazy busy from the moment we opened the doors at 6 a.m. The Early Bird Sale, apart from being fun, really does provide a unique window into the coming Holiday season. 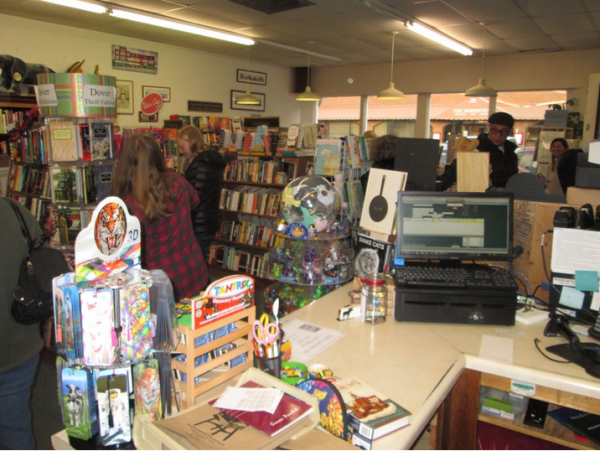 Customers perusing our wares during the Early Bird. 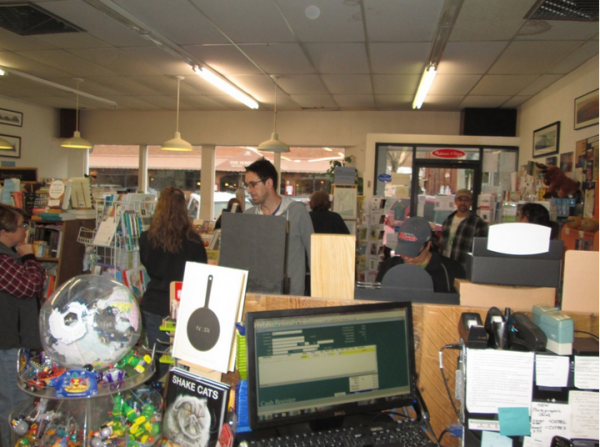 The sun rose higher in the sky but the flock of early birds only grew more frenetic!

The Early Bird Sale, apart from being fun, really does provide a unique window into the coming holiday season, both in terms of volume and in terms of which books and sidelines will be most in demand. We had a sensationally busy Early Bird period, well up from last year.

The book that really stood out was Jan Brett’s The Turnip. We sold six copies in three hours and I heard several customers agreeing with each other that, while they are always excited about a new Jan Brett book, The Turnip was an exceptional one. Our other multiple copy sellers were all, interestingly, children’s books. Namely, Thank You and Good Night by Parick McDonnell, The Day The Crayons Came Home by Drew Daywalt, Charlie Piechart and the Case of the Missing Pizza Slice by Marilyn Sadler, Magnus Chase and the Norse Gods, by Rick riordan, and Diary of A Wimpy Kid, Old School by Jeff Kinney.

All in all it was a terrific Early Bird. But, you ask, what about the giant diamond? 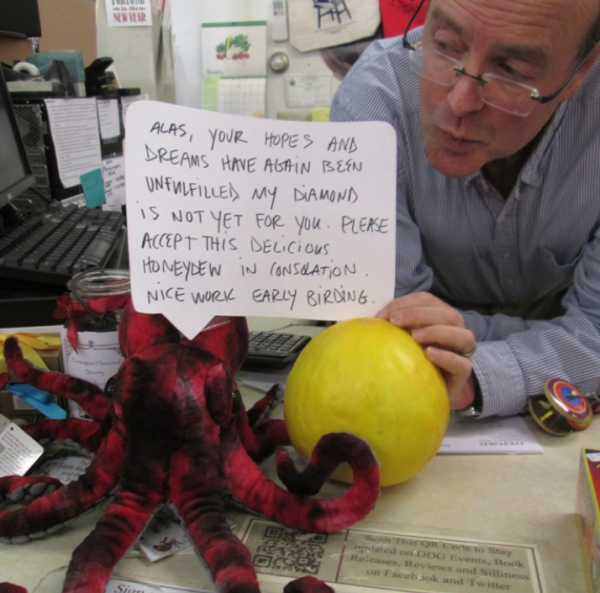