On Jan. 24 at 7 p.m., Unity College professor Kathryn Miles will be making an appearance in Farmington at the bookstore to present her new book, All Standing: The Remarkable Story of the Jeanie Johnston, the Legendary Irish Famine Ship. We decided to put Miles’ reputation for being a lively scholar, an excellent writer, and a good egg to the test by seeing if she was willing to stand up to a hard-hitting Daily Bulldog interview.

Kathryn: I’ve been completely absorbed in the story of the Jeanie Johnston since first learning about the ship almost a decade ago. I didn’t go so far as to deliberately stop eating while researching the book, but I did sign on as apprentice crew aboard the new Jeanie Johnston a few summers ago. It was an incredibly rich—and real—experience, complete with a pretty ferocious storm and a whopping case of sea sickness. That’s about as close to method acting as I get as a writer!

Kenny: Did your view of the historical causality of the famine change during the research and or writing of the book? 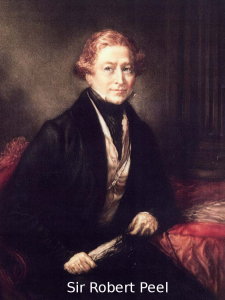 Kathryn: It did, and it continues to change and evolve as I learn more. The most controversial aspect of the famine is the degree to which the British government was knowingly complicit in the death and suffering of millions of Irish people. The easy answer is to say that yes, they were. And there’s some real truth to that. But the more research I did, the more I began to understand how very complicated the situation was and what was at stake for those in power. That doesn’t excuse their lack of attention to the Irish, but it does make create an important cultural context.

Kenny:: The British refrained from helping famine on the grounds of the self-help doctrine, a dubious idea given that their enclosure policies had caused the one crop system and altered the Irish economy. It’s an interesting irony though to consider the immense value self determination played in the story of the Jeanie Johnston.

Kathryn: There are a lot of ironies here, and that’s definitely one of them. Another is the fact the government was willing to subsidize passage on a coffin ship, but not food for those who chose to remain, or that they were offering preferential tariffs to their colonies so that they would be more competitive in the global marketplace. It was a confused moment in European history: the dawn of the Industrial Revolution, a dramatic shift in Colonial attitudes, the rise of industrial agriculture and a truly global market. The best thing we can say is that those in power were free-styling. It’s probably more accurate to say they were floundering. 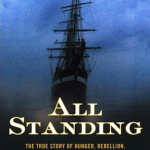 Kenny: The American dream is rarely set in higher relief than seen through the eyes of refugees. This is an important aspect of your story. Can you share some of your perspective here?

Kathryn: Definitely. What amazes me the most about the people in this book is their willingness to stake all that they had – including their lives – for the chance to make a go at their own version of the American Dream. Most of these individuals had never even seen the Atlantic Ocean or a boat, let alone a tall masted ship that would ferry them in unimaginably harsh conditions to a new continent. Word quickly got back to Ireland about how challenging these conditions really were – and how hard a go most immigrants were having in America, so it says a lot that people still boarded these ships by the hundreds of thousands. I was fortunate enough to be able to trace the legacies of several of the passengers aboard the Jeanie Johnston, and their stories are an important part of All Standing.

Kenny:: If you could pick one thing that a reader was guaranteed to take away from All Standing, what would that be?

Kathryn: That we are a nation of immigrants: it’s what unites and defines us. All Standing tells the story of several specific families, but in some very real ways I think their story represents our collective narrative and mythology. Sailing with them on the Jeanie Johnston is, for me at least, a way to sail back into my own history as well. I hope readers feel the same.

Kenny:: Thanks so much, Kathryn; we’re so looking forward to your reading on the 24th!

Kathryn: I’m so looking forward to my visit!