Dan Fesperman, one of the most original intellectual thriller authors writing today, has positively outdone himself with his newest novel The Double Game, being released nationally on Aug. 21. We are very fortunate that Dan, at great personal risk, agreed to this hard hitting Daily Bulldog interview.

Kenny: The Double Game is built around the intriguing concept that many classic cold war era spy novels, (bearing in mind that their authors had drawn on actual experience to achieve fictional credibility), were actually doing double duty as encrypted memoirs. This intertwining of fictional and actual espionage is awfully clever. Were you very pleased with yourself when the idea arrived?

Dan: I was excited, that’s for sure. So much so that I set aside a project I’d been working on for months to immediately dive into this one, which is something I’d never done before. Ideas for books usually creep up on me by degrees, a slow and proper courtship with wine and roses and lots of contemplation. This was the authorial equivalent of eloping to Vegas on the first date, except fortunately I woke up the next morning still happy, and with no hangover, and as far as I can tell the marriage has worked out fine.

Kenny: At the opening of the novel the lead character Bill Cage resolves a moral quandary in what appears to be a distasteful way, exploiting a personal connection with espionage author Edwin Lemaster to give his journalism career 15 minutes in the light. Ethically OK, but morally dubious. As the story progresses the person whose confidence he bruised undergoes a moral transformation himself. Does the true character of Lemaster mitigate Bill’s decision? Given your background in international journalism how do you see Bill’s choice?

Dan: I’m not sure if it’s possible to retroactively mitigate a morally suspect decision, and Bill himself always felt like a lesser man for having done that. But as a one-time journalist I think Bill’s real blunder was in trying to write objectively about a subject he was too close to, which unfortunately happens all the time. Reporters routinely get too close to athletes they cover, or politicians they’re assigned to, or their best sources, and so on. The closeness can’t help but affect the way in which they choose to protect or guard certain information which, as a journalist, they’re obligated to reveal. Yet, that same closeness helps them learn things that no other reporter would be able to find out, so it becomes quite a dilemma, with no easy answers. It’s an occupational hazard for almost any beat reporter, no matter what the subject.

Kenny: When I saw that your editor described himself as having shelves full of classic cold war era thrillers, just as several of the book’s characters do, I realized that you were hinting that the line between editor and spy handler was very thin. Was this a subtle call for help? Are you actually being run in a dangerous mission as you answer this? 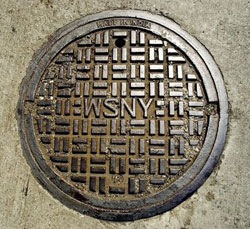 Dan: My editor has instructed me to stonewall that one. If you want the real answer you’ll have to check a dead drop location near Knopf headquarters, taped beneath a manhole cover on Broadway, a block south of Columbus Circle. And if I hear later that some out-of-towner from Maine has been squashed by a Manhattan bus while kneeling over a manhole cover, then I’m going to feel very badly about even saying this much.

Kenny: Thanks for the tip! Given the interpenetration of fiction and reality which is at the heart of The Double Game one wonders if you hid anything in its pages that readers should be on the prowl for.

Dan: I did. Definitely. And anyone who finds it should let me know immediately, preferably via dead drop at the aforementioned location, although the previous disclaimer for any liability in case of catastrophic accident still applies. I did mention the disclaimer, didn’t I?

Kenny: Yes, you mentioned that it was taped beneath a manhole cover on Broadway, a block south of Columbus Circle. I’ll be in New York next week and will have a chance to check that out. All right then, Did the Golden Age of espionage thrillers make the Cold War worth having? 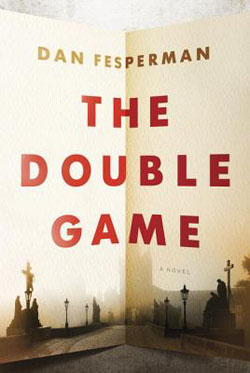 Dan: Well it certainly made the Cold War a whole lot easier to bear. And in looking back it’s hard not to feel oddly nostalgic. Not because it was any sort of wonderful thing – the Soviet gulag and all those tense years of nuclear brinksmanship were certainly things the world could have done without – but, as wars go, it was probably among the more manageable and bearable conflicts in history, with an enemy that drank at the same embassy cocktail parties and, in many cases, fought by the same rules of espionage. Compare that to dealing with terrorists, who play by no rules at all, and it’s easy to see why some people miss it.

Kenny: Can you share a bit about your next project?

Dan: I’m writing a novel from the point of view of a burned out drone pilot whose botched mission resulted in the death of a houseful of civilians. Bad intelligence led to his missile strike, and he wants to know why. Others, of course, would prefer that he never find out.

Kenny: Can’t wait! Thank you so much.

Dan: My pleasure. And please forget I ever said anything about a dead drop, or my controller might make me disappear.