Justice Alexander’s Latest Book: Don Alexander has most recently been celebrated as having brought the two major political parties to the table as chair of the state’s Reapportionment Commission. His adroit and diplomatic leadership has delivered a bipartisan alignment to Maine’s Congressional and Legislative Districts. It’s no small accomplishment in an otherwise polarized political climate.

It’s only one of many triumphant episodes in the career of this iconic figure.

For if there is a Mount Rushmore of Maine’s judicial titans, this retired Maine Supreme Court Justice from Winthrop would be one of them. Long before this year’s apportionment legislation, he was one of the leading intellects and one of the most prodigious writers in his more than two decades on the highest court. He was also one of the more quick thinking, energetic and incisive decision makers in the 20 years before that in the trial courts.

His books on such topics as jury instructions, appellate practice and criminal procedure are “go to” authorities on their subjects.

So, when he “retired” at least from the judiciary a couple of years ago his many admirers anticipated that Alexander would be delivering another literary tour de force.

They will not be disappointed.

His just released 200-year history of Maine’s judicial system is, even by the high standards set in his 41-year judicial career, a prodigious accomplishment. The 452 page The Maine Supreme Judicial Court and The Maine Judiciary – The 200th Anniversary will be the foremost reference for decades if not centuries to come.

As monumental as it is, I am sure the book is by no means Justice Alexander’s swan song. I am hoping his next one will be a memoir of the many eventful and historic cases over which the state has been privileged to have him preside and rule. 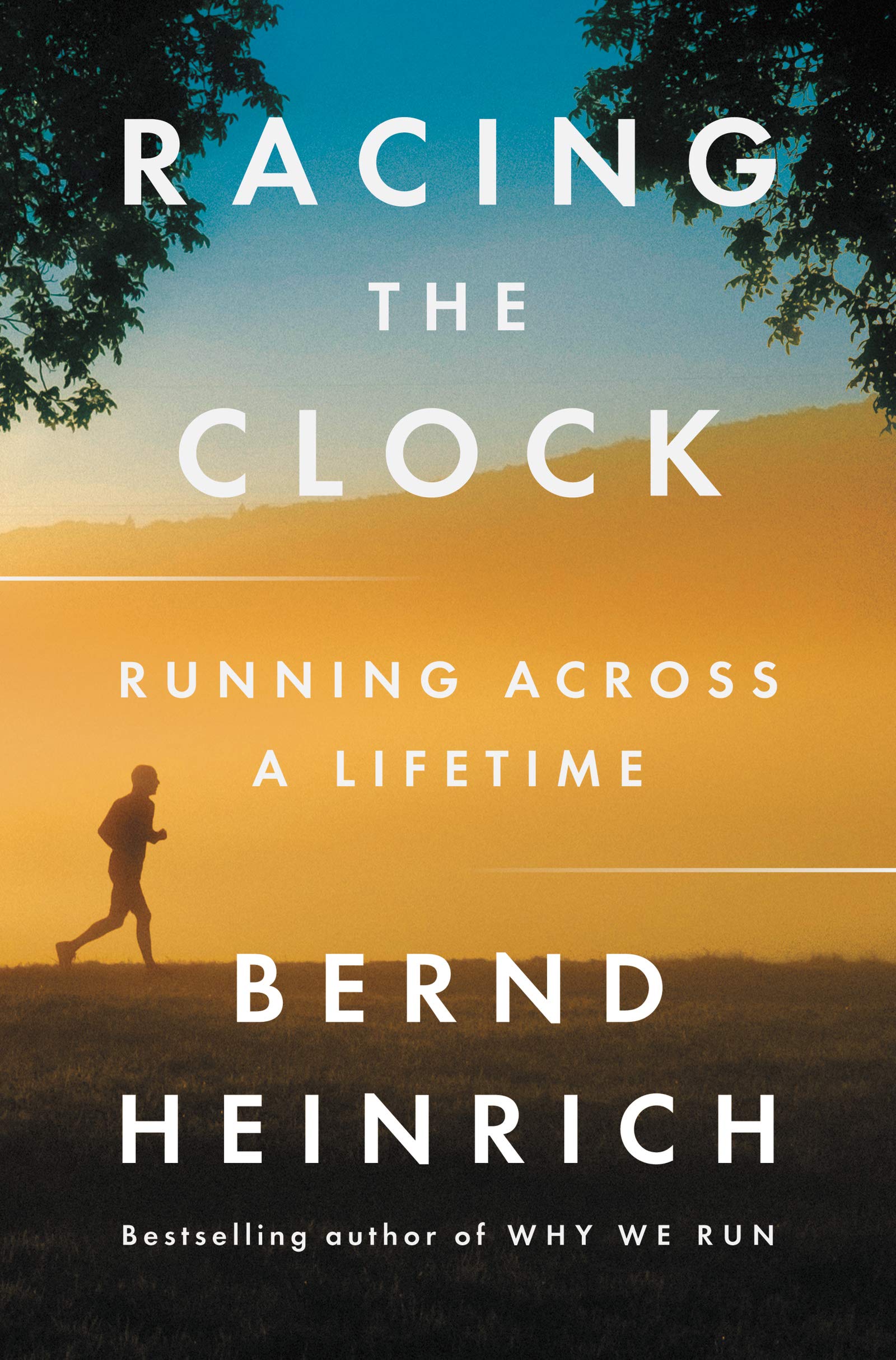 Bernd Heinrich’s Racing the Clock: If there is a Don Alexander of botany and ultra-marathon running it’s Bernd Heinrich. The 81 year old Polish-German American and longtime Franklin County resident has himself just written Racing the Clock: Running Across a Lifetime. He’s professionally a botanist who has written over a dozen books on nature, biology and evolution. Though a professor at both Berkley and University of Vermont, his running lifestyle and books about it have captured the most popular interest. The latest one is a testimonial to not only his own endurance but a guide to others.

His running, like the 21 other books he’s written, is a bit hard to keep up with. For over 40 years he’s been near the top of long distance running event records. Among them, the outright winner in 1979 at age 39 of San Francisco’s Golden Gate Marathon and a year later first place for those over 40 in the Boston Marathon. A year after that, in 1981, he set a world’s record for over 40 year olds in the Chicago 50 mile ultra-marathon.

And yes, if you’re out hiking some of the trails just off Route 156 between Wilton and Weld near his cabin in Perkins Township this winter, you’ll likely see Heinrich still running almost as fast as he always has.

His latest book tells us how we can all follow his remarkable pace – even if we cannot keep up – no matter what the age.

Happy 90th to Westbrook’s Bill O’Gara: As a cub news reporter for Channel 13 TV and WGAN radio in the 1970’s I was sent out to cover a number of events in a city that was undergoing some of the more challenging transitions in the state. The layoffs at SD Warren’s Paper Company attended its transformation from one of the leading industrial bastions of New England to one of Maine’s fastest growing residential suburbs. Not an easy time.

The man who provided an anchor of stability through much of this in Westbrook just turned 90. Meet Bill O’Gara, the city’s mayor from 1974 to 1984.

A dwindling manufacturing tax base that at the same time saw a rapid demand for municipal services from a mushrooming residential sector was a balancing act that only someone like Bill O’Gara could perform.

His own self-description given for an interview some years ago perhaps sums it up. “I am not colorful. I don’t submit a lot of bills and I don’t seek publicity. I just do the job.”

O’Gara also brought his local experiences to bear on a state-wide level in his six terms in the House and three in the Senate. Here, he rose to become co-chair of the legislature’s Transportation Committee.

Former constituents along with students from South Portland’s Mahoney Junior High, where O’Gara taught for several decades, did a distanced, fire truck led parade by greeting O’Gara and his wife Beverly outside the porch of their home earlier this month.

It was a high profile tribute to a conscientiously low profile but highly accomplished public servant.

Wiscasset’s Dilemma: For some 25 years from the early 1970’s until the late 1990’s Wiscasset’s nuclear power plant provided the community with the richest per capita property tax base and among the highest teacher salaries in the state.

Not so after Maine Yankee was decommissioned and dismantled some 20 years ago. The town recently set up a new committee to probe what to do to save its high school. Though members at an initial meeting earlier this month did not seem to favor closing the school the Town has to confront the twin pressures of a dwindling tax base and shrinking teenage demographics. One possibility posed was prevailing on the nearby town of Dresden to return its students – who now go elsewhere – to the school. Another member of the committee, according to a report in the Boothbay Register Wiscasset Newspaper, Wallace Giakas, also weighed in with one hopeful sign, namely, that as a consequence of the pandemic some influx of younger families fleeing urban America might help reinvigorate Wiscasset’s enrollment.

Let’s hope they do.