My name is Briana DeSanctis and nothing about me is normal. If you don’t remember me from Mt. Blue High School (no offense taken, I don’t think I was popular), you may recall the server who worked days at the Homestead Bakery and always remembered your order. The girl who, in 2015 quit her job and flew to Georgia so she could hike the 2,189.2 miles of the Appalachian Trail back to Maine. That’s me, and yes, I finished the Appalachian Trail after six and a half months of the most joy and wonder I’ve ever experienced. 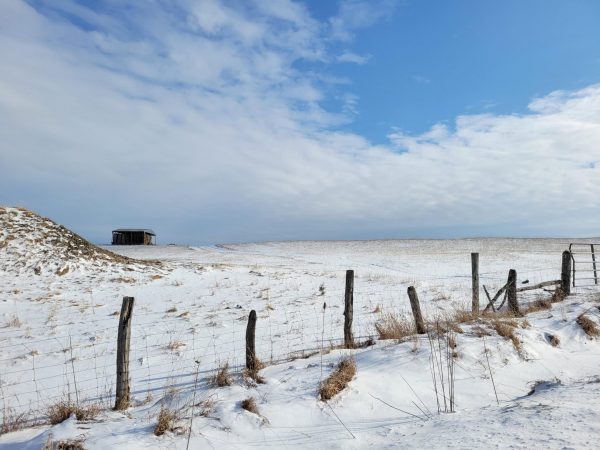 What a crazy month it has been on the American Discovery Trail! I’ve hiked just shy of 400 miles and so much has happened! Looking back on my last article seems like years ago. Where do I begin…

After navigating my way through DC, which included me having to overpower a crazed transient who tried to steal from me, I was greeted by over 160 miles of mostly pleasant hiking along the historic and scenic C&O Canal. The towpath is peppered with designated camping areas, complete with picnic tables, fire rings, and outhouses. Some of the old lockhouses have even been restored and are available to rent as alternative, yet primitive accommodations. The Potomac River and Virginia on one side and the canal on the other gave this stretch more of a real “trail” feel, compared to all that previous road walking.

The towpath passes by a few towns, and I took full advantage of their services, meeting even more new great friends along the way. The best part of this whole trip could possibly be the premise on which I am able to meet people. It’s odd and unlikely, but can you really deny a friendly girl just walking across America? It’s overwhelming to imagine, and I’m living it! I’ve been invited to sleep in peoples’ homes, in-law apartments, and even a church sanctuary. Always say yes to everything on trail!

On the other side of things, let’s get to the part you really want to know about: the struggle. The last 60 or so miles of the C&O Canal towpath were rough, and this was solely (no pun intended) due to the trail conditions. It was a very icy, crusty, sharp snow that coated the trail. I had many days where the only other prints in the snow were animal tracks. It got really cold a few nights, one of which I ended up sleeping on the floor of an outhouse. The hiking was annoying and painful, and that was the onset of an injury. As an avid long-distance backpacker, I’m no stranger to the common aches and pains of hiking. Unfortunately, this was something I did not think would escalate and it escalated.

I already miss the genuine hospitality of the people of the great state of Maryland, but wild and wonderful West Virginia was calling my name and almost immediately embraced me. I’d crossed the border and it was nearing dusk. I was having a difficult time finding a safe spot to set up my tent as to not be seen, when a woman in a small pickup pulled over and invited me to spend the night at her house. It’s just so funny how these things seem to happen at the perfect moment. The trail provides.

Dolly Sods is a popular wilderness area in West Virginia and was also a WWII training area in 1943. Many live mortars and artillery have been found and exploded; however, the cautionary signs warn to stay on trail as there could be many more. Sounds safe, right? It was actually the least of my problems.

I’d found shelter under an old church pavilion, and the next morning I began the first of a two-day slog up and over the Sods. The road was closed and unplowed, so I began postholing, following tracks of what looked like a couple who had been snowshoeing with their dog. I’d been thinking that there was a possibility I’d need snowshoes, but I left my snowshoes with my brother back in the beginning. No sense in carrying the extra pounds for a month and not using them.

Ironically, I began wondering what kind of crackpot would be trudging up this road all the way to the top, just to go hiking on what would seemingly be much more difficult terrain with far deeper snow. Soon enough, though, the tracks vanished. The hikers had turned around. I was now alone at the top of Dolly Sods. Nobody had signed in the trail registers for months. I kept pushing, the snow drifts often going up over my knees and sometimes sinking in up to my waist! It was slow going. I found the trailhead sign and started breaking trail. There were no markers or blazes to indicate where the trail actually was, and if there were rock cairns, they were long buried under feet of snow.

I had to cross three semi-frozen creeks, the first of which I was able to launch myself onto the far bank and quickly scramble up the other side before I went through the ice. What a rush! The other two crossings involved a lot of skill, a lot of luck, and a couple of choice interjections.

I dug out a spot to set up my tent. It was a cold and quiet night, and I dreaded the next day’s hike. It was even more difficult as I had to frequently use my GPS to ensure I was on the actual trail the whole time and not wandering off into a live minefield. Pain, hunger, and dehydration kept me company as I finally reached a trail junction and couldn’t believe what I was seeing: after miles upon miles of treacherous trail-breaking and postholing, there were other tracks. Someone had been there. I wept at such an opulent sight! The luxury of no longer having to use my GPS to find the trail was priceless. I was injured. I was relieved. I made it down, but I was limping, crying, sometimes screaming out as my foot would unexpectedly slip one way or the other, leaving me in excruciating pain. I finally made it to the Canaan Valley Lodge. Dolly Sods, you took me for a wild ride, but you didn’t (totally) break me.

Unfortunately, due to my injury, the only thing to do is take some time off so I can get back on trail. I’ve been trying to stay off my leg, eat foods that will promote healing, and also not spend a ton of money. Good news is, when I get back on trail I will have lightened my load by a couple pounds. My pack isn’t heavy for a winter thru-hike and I’m not carrying anything I don’t regularly use, but I’m still finding ways to cut weight.

In the meantime, I’ve been extremely fortunate to have the support system I do, including you! I have plenty of friends who have offered to take me in for a rest while I’m healing. It’s extremely important to heal correctly so I don’t get a worse injury down the road, but it isn’t easy to just stop a moving train, is it? I dream about hiking every day. I’ve got snowshoes waiting for me at the lodge when I return. I’ve got new sneakers. I’ve got a lighter pack. All I need is to get back on that trail.

In closing I’d like to share with you the answer to a question that trail angel Lawrence Brenneman asked me before I left his house.

Humans destroy everything. We are the most selfish, disgusting, disgraceful beings on the planet (other than ticks). We are forcing ourselves out of our own world. We have created and built and destroyed and infected and polluted. We have hated, enslaved, murdered, and stolen. Now can you understand the difference between the real world and society? I am living, breathing and surviving in the real world. This is the real world, what I’m living. You are living in society. I suggest leaving.

That is what I think about while I walk.

Want to see me crying on Dolly Sods? Would you like me to give a presentation or talk in your community? Do you feel compelled to support my journey across America? Stay even more connected with live updates, pictures and videos on my Facebook page www.facebook.com/rockygoeshiking