FARMINGTON – A new restaurant is opening in Farmington. Ayuh Cider/Outlaw Pizza, run by Chris and Jodi Hollingsworth, is located at Morrison Hill Orchard, on the way to Titcomb Mountain. Guests will dine on homemade wood-fired pizza and hard cider while they enjoy the beautiful view.

Jodi’s parents, Jerry and Jeannie Simpson, bought the orchard back in the eighties. Although the land has been used to grow apples for over a century, the operation had fallen into disrepair when the Simpsons bought it. The couple put a lot of work into bringing the orchard and farmhouse to the picturesque farm it is today.

Morrison Hill Orchard, a well known local business, has offered pick-your-own apples since the Simpsons bought it in 1982.

Chris and Jodi started helping with the orchard a few years ago, when Jodi’s father fell ill. Recently, the couple bought the farm from Jodi’s parents. They now live in the farmhouse and they have big plans to expand Morrison Hill Orchard into a larger business.

They have converted the old barn to have restaurant seating, plan to expand their hours during apple picking season, and started making hard cider. 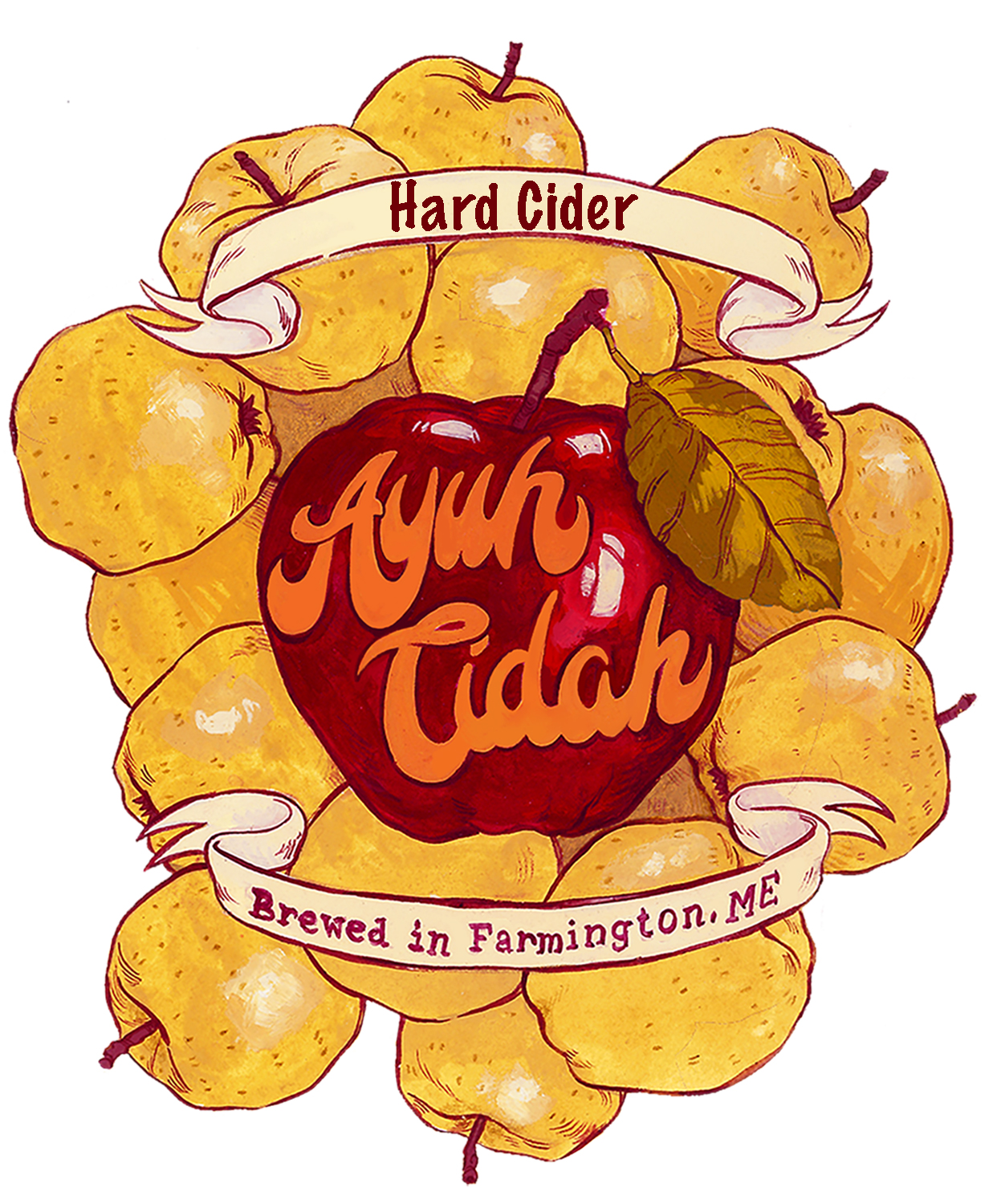 When Chris and Jodi first began helping at the orchard, they noticed pick-your-own customers asking about fresh pressed cider, which wasn’t yet offered, over and over again. The pair decided to press cider, on a small scale, to sell to these customers. The cider quickly became popular, so much so that they couldn’t keep up with the demand.

Then one weekend a few years ago, Chris and Jodi went to a family gathering. Chris’s cousin, Doug Flagg, brought along some homemade hard cider to share. He had made it himself with store bought apple juice.

“The hard cider was awful, but that night a partnership was born” said Chris.

They had the idea to work together: Chris and Jodi’s apples and Doug’s experience.

Since that weekend, they have spent almost every weekend trying to find the perfect recipe for their hard cider. The cider is made using apples straight from the orchard, and then left to ferment using only their natural sugars and yeasts.

“It takes about 6-7 months for us to produce our naturally fermented hard cider,” Chris said about the fermenting process.

Morrison Hill Orchard consists of about five hundred apple trees, thanks to the seventy-five new trees Chris and Jodi planted last fall. These additions include a large amount of cider-specific trees that will help with the hard cider operation.

The other aspect of the operation is Outlaw Pizza, which offers wood-fired pizzas and nachos. Outlaw Pizza was originally a restaurant in the Belgrade Lakes area owned by Chris’s aunt and uncle, Debbie and David Hollingsworth. Chris and Jodi decided to honor them by continuing their restaurant legacy.

“The homemade pizza dough and many of the specialty pizzas come from their original recipes,” Chris said.