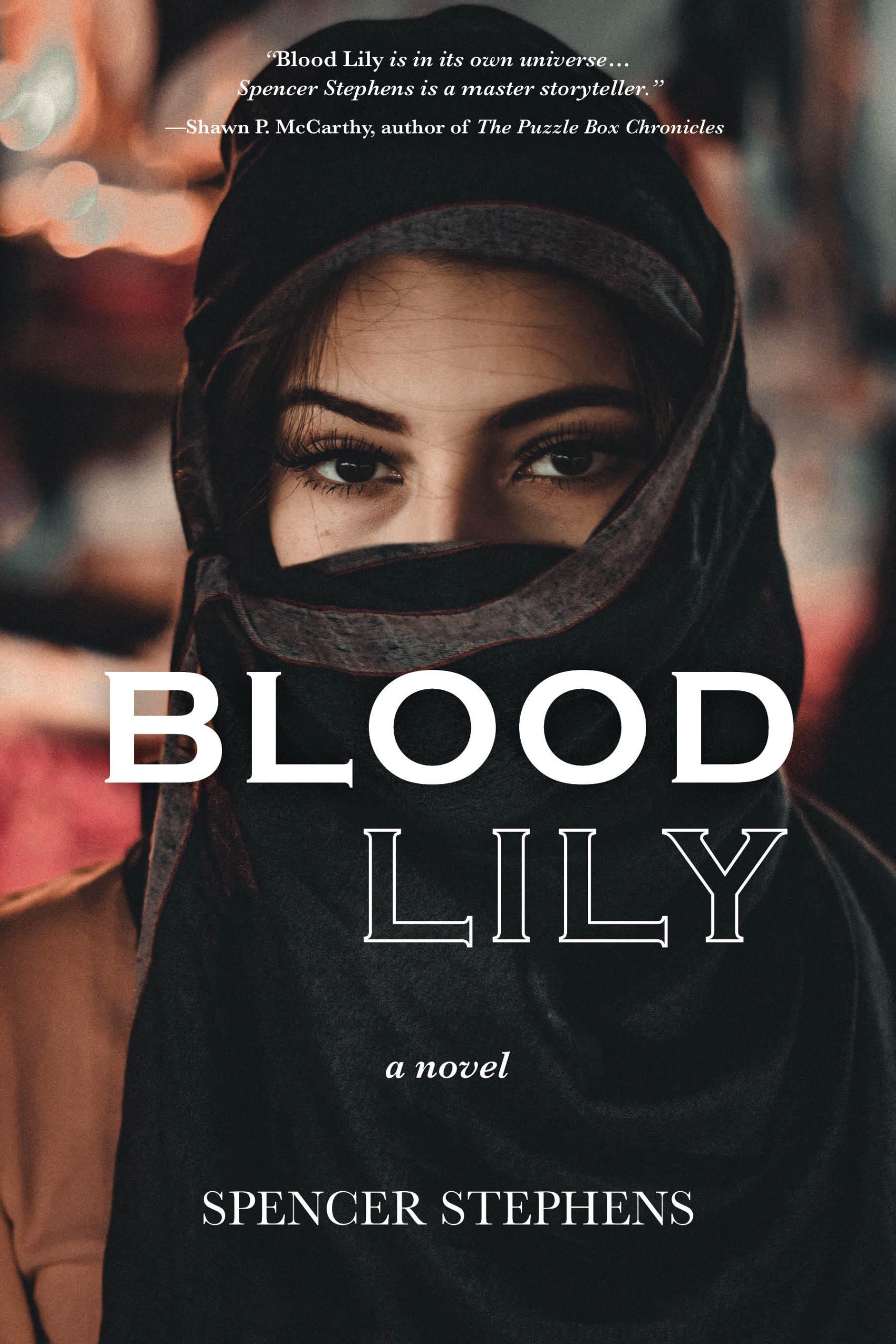 A political thriller, ‘Blood Lily’ explores the oftentimes delicate balance of power in the modern world and invites the reader to consider how we, as individuals and as a society, should respond.

Stephens uses the written word to paint vivid scenes, both in Saudi Arabia and in mid-coast Maine.

“Blood Lily” was first inspired by the Boston Marathon bombing.

“Like a lot of people, that event kind of alarmed me and shocked me,” Stephens said.

He became fascinated by the pair of brothers involved in the bombing and began exploring possible backgrounds and motivations. Within the pages of the book, brothers Omar and Ibrahim became his stand-ins for the bombers. He began writing with the brothers as the protagonists and realized partway through that he didn’t like that approach and didn’t think his readers would, either.

In the search for his new protagonist, he was aided by the book “Excellent Daughters: The Secret Lives of Young Women Who Are Transforming the Arab World” by Katherine Zoepf. Zoepf explores the world of women in Saudi Arabia and Iraq.

Other books and documentaries provided insights into the world of “Blood Lily,” and an Iranian Muslim friend provided a more personal view at Middle Eastern politics and religions.

“At one point I worried that the FBI would come knocking on my door,” Stephens said, referring to some of the topics he researched online: bombs, explosives, various makes and models of guns.

He added that for a period of time he kept notes on the book close to hand in case he received unexpected visitors.

Throughout the pages of “Blood Lily,” Norah takes ownership and autonomy of herself, defying the odds to create the life she wants to live. While the novel is a political thriller, there is a thread of hope running through the pages: hope for a better future.

Stephens describes himself as a ‘recovering attorney’ and a former journalist. Both of those jobs provided an excellent training ground for becoming a novelist. Journalism requires that you look at events, even catastrophic ones, and present them in such a way that the reader understands what has happened. Similarly, being a lawyer requires that you sift through a seeming library of information related to a case, and present it in a way that is entertaining, educational, and engaging to the people listening.

Stephens’ first novel, 2014’s ”Church of Golf,” tells the story of an aging football star who coasts into middle age drunk and broke, hoping that redemption might come through religious-like devotion to the study of golf. For more information, visit spencerstephens.net.

The virtual event, hosted by the Carrabassett Valley Public Library, will take place over Zoom on Thursday, September 23, at 4:30 p.m. To register, call 237-3535 or email cvlibrary3209@gmail.com.