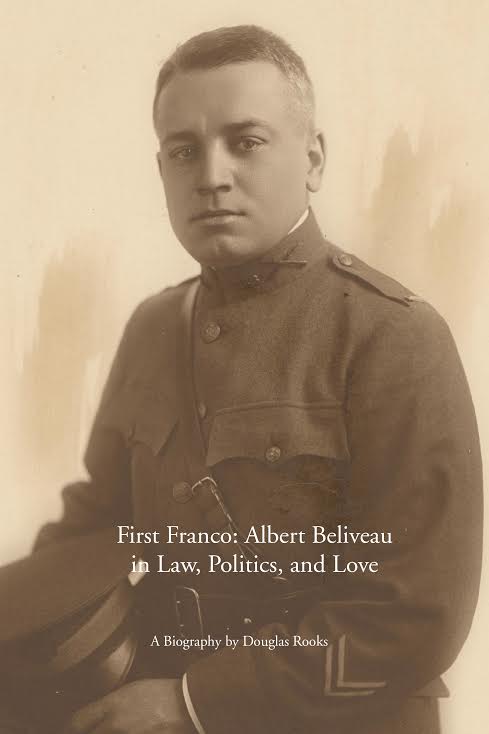 Citizens of Franco-American descent comprise fully one fourth of Maine’s population, the largest share of any state in the country.

They have achieved prominence in public life that now straddles both sides of the political divide. Democrats such as Congressman Michael Michaud, Senate President Duke Dutremble and House Speaker John Martin along with Republicans Governor Paul LePage, Federal Appellate Judge Conrad Cyr, and Senate President Michael Thibodeau are but a few that come to mind.

The Franco Americans came to Maine in significant numbers first as the descendants of Acadian refugees from New Brunswick who came to an area of northern Maine in the late 1700’s at a time when it was claimed by England. This migration accelerated significantly after the Webster Ashburton Treaty settled the Aroostook War Boundary dispute in the 1840’s. The second surge began in the 1870’s when their distant cousin Quebecois migrated to the factories of the Androscoggin, Kennebec and Saco River Valleys. Throughout this history Franco Americans have, at least until recent decades, been relegated to the political back seat.

In the vanguard of leaders who occasioned a transformation we now take for granted was Rumford’s Albert Beliveau, Sr. who in 1954 became the first Franco American named to the Maine Supreme Court and one of the first Catholics to occupy the position.

To be sure, others who could claim Franco American roots won earlier prominence in the state’s civic culture. Among them: Lewiston physician Alonzo Garcelon, elected governor in 1878. But Garcelon served only a year as a legislatively rather than popularly elected chief executive and was a third generation descendant of an immigrant from France rather than Canada.

Another was Senator Margaret Chase Smith. Though she did not attempt to hide her mother’s Franco American parentage – it was referred to as part of her 1964 Presidential campaign biography – she did not otherwise publicly project such an identity. As Protestants, both Smith and Garcelon avoided some of the hallmarks of discrimination that typically beleaguered other Franco Americans.

Douglas Rooks’ new book on Albert Beliveau, Sr. sheds long overdue attention on both the private as well as public life of a pioneering public figure. His life is worth knowing not only in its own right but also because of his remarkable posterity. It includes his son, Severin, one of the most influential Democratic party leaders, lawyers and lobbyists of the last 50 years and Severin’s son Emmet, a high ranking White House staff member throughout the Obama Administration.

Rooks vividly portrays much of Beliveau’s inspirational ascent from an impoverished childhood. Beliveau’s journey begins in his native Lewiston where he was born in 1887. As a child he moved with his family to Jay and eventually on to Rumford, where he spent most of his adult life. Rooks also provides detailed insight into some of the more crucial events and outstanding leaders with whom he interacted in the course of his 84-year lifetime.

Prosecuting murder cases as Oxford County attorney, then later conducting them as a trial judge are among the eventful challenges depicted. When describing Beliveau’s overseas missions as a World War I army officer, Rooks vividly portrays the cultural landscape of France during Belliveau’s high risk negotiation of property leases – on behalf of the American command – with French property owners.

Not off limits in the book are vignettes of Beliveau’s romantic love life in the many years before his one and only marriage at the age of 48. This was to 27 year old Margaret McCarthy, daughter of his early professional mentor, Rumford attorney Matthew McCarthy.

Beliveau’s professional setbacks along with personal tragedies are also brought into focus. Among the latter was the untimely death in childbirth in 1967 of his 27 year old daughter, Judith. She was a onetime aide to another Rumford based Franco American political leader, Lucia Cormier during Cormier’s 1960 campaign as the Democratic nominee against Senator Smith.

Rooks sets forth not only Beliveau’s personal struggles as an impoverished child of immigrants but also financial challenges that beleaguered him in much of his adult life.

Professionally, Beliveau was perhaps most aggrieved at being passed over by Governor Muskie for appointment as Maine’s Chief Justice in 1956. The episode posed significant disappointment coming at the hands of Muskie, who like Beliveau was not only a Catholic Democrat but also the son of immigrants with close ties to Rumford.

Beliveau’s dismay was aggravated further by Muskie’s actual choice for the position, the patrician Republican Robert B. Williamson.

Muskie’s decision to go with Williamson over Beliveau was perceived by him as a slap in the fact to the entire Franco-American community. The sting was so acute that when the occasion arose 14 years later for another governor to choose Williamson’s replacement, Beliveau ardently and successfully prevailed upon Governor Kenneth Curtis to name Lewiston’s Armand Dufresne to the coveted position.

In First Franco Douglas Rooks skillfully illuminates the fascinating life of a man who blazed the trail for Maine Franco American leaders who have followed. One looks forward, however, to books that likewise depict the lives of his illustrious successors.

Paul Mills is a Farmington attorney well known for his analyses and historical understanding of public affairs in Maine; he can be reached by e-mail pmills@myfairpoint.net