FARMINGTON – A historic precedent of acceptance, safety, and pride has now been established in this small Franklin County college town.

On Saturday, June 25, history was made in Farmington when the first Pride Month event was held. As the event’s organizers raced around Meetinghouse Park in jubilant franticness, in what is normally a quiet unassuming park to walk one’s dog in, became the zenith of Farmington’s LGBTQIA+ community.

Vendors and organizations from all over Franklin County set up their tables, displaying handmade tchotchkes, clothing, and jewelry of Trashcangarden and Esteemed Infestions, and Maine Transnet. The energy of the park was electric with anticipation, as attendees awaited the opening announcements from Farmington Pride’s organizer AJ Saulnier.

In the opening remarks, organizer AJ Saulnier expressed excitement and gratitude, as well as acknowledgement of the Supreme Court’s overturning of Roe v. Wade the day before, and the threat of a local pastor’s counter protest.

The festivities got underway with the first musical guest of the afternoon, Darby Sabin. Then a large Pride Month march was held, which moved from the park down Front Street, and back up on Main Street. Marchers could be heard chanting slogans such as “Queer rights are human rights!”, “We’re here, we’re queer, and we’re having a great time!” and “Happy pride!”

As the march ended back at the park the rest of the day’s events, including musical artists, Songs For The End Times, Emma Haywood, April Duvall, and Isaac Raven and The Ravenettes played a wide variety of eclectic music for the crowd numbering in the hundreds. People from every space on the LGBTQIA+ spectrum enjoyed walking around, socializing, and food truck fare within easy reach.

Leia Pasquarelli, one of the core organizers of the event said they found the event to be a success, as the atmosphere of “love, community, and acceptance” surrounded all of the attendees. Although foot-traffic was in constant motion during the event, Pasquarelli estimated that there were “about 300” people who attended, from its beginning to its end at 5 p.m. They noted everything the organizers could’ve hoped for had happened: the event had a high volume of kind, excited attendees; counter-protestors were nowhere to be found; and the energy of history being made was a constant.

Pasquarelli is already thinking ahead about new ways to tweak Farmington’s next pride event. They said on Monday morning: “I hopped out of bed dancing this morning, ate my fruity pebbles, and thought about getting the gears turning for next year’s event.” 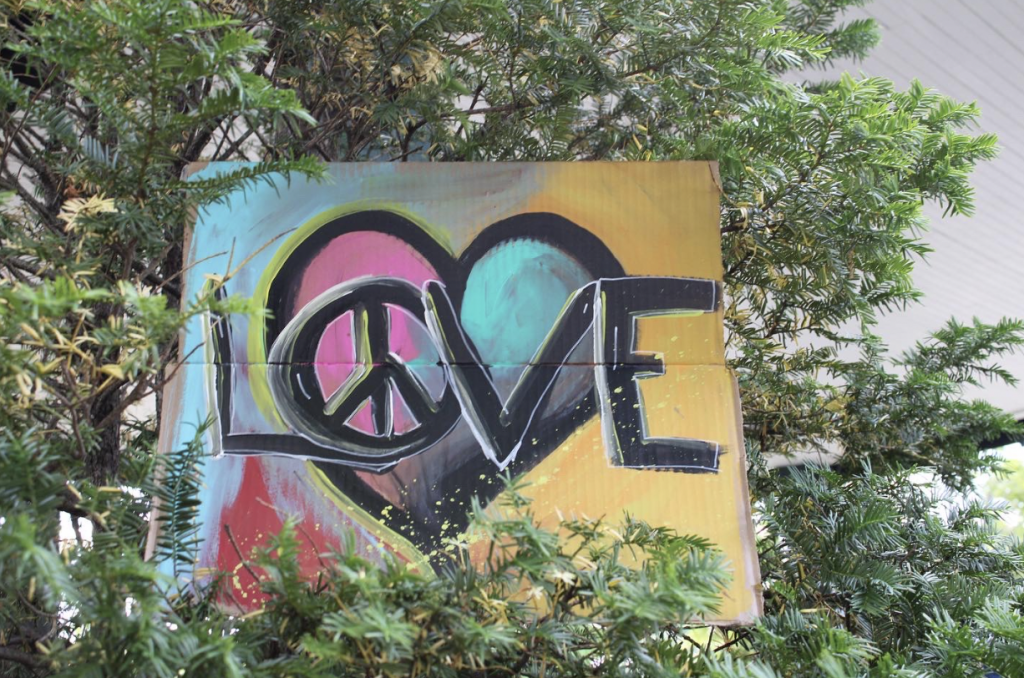