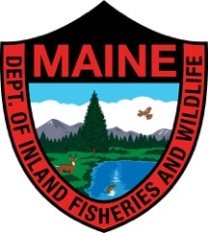 EUSTIS – Three kayakers were rescued from the south branch of  the Dead River Saturday evening, as part of a busy weekend for the Maine Warden Service and local first responders.

Three people – Kelly Dymond, 41 of Turner; Kristin Schrepper, 32 of Rumford; and Sylvie Long, 48 of Lewiston – began kayaking down the Dead River from Coplin Plantation Saturday, intending to reach Flagstaff Lake. According to the Warden Service, however, as they neared the lake the river became extremely shallow and rocky. The kayakers were unable to paddle and had to drag their craft over the rocks down the river.

As it began to get dark and the kayakers became exhausted, they called 9-1-1 to seek assistance. Dispatchers determined their GPS location through their cellphone and relayed that information to Warden Scott Stevens. The warden contacted the kayakers and directed them downstream to where a power line crosses the river.

Stevens reached the river at the power line and then walked upstream until he met the kayakers. He assisted them off the river and gave them a ride in his truck. The three kayakers did not required medical attention.

Also in Franklin County on Saturday, Wardens and personnel from a number of local agencies assisted in the rescue of a hiker off Tumbledown Mountain in Weld. Damon Thomas, 44 of Portland, was hiking down from the summit of the mountain along the Brook Trail when he injured his ankle at approximately 6 p.m. and was unable to continue.

Game Wardens, Weld Fire Department, Wilton Fire, Franklin Search and Rescue and Mahoosuc Search and Rescue personnel began hiking up Tumbledown at 6:15 p.m. and reached Thomas’ position near the summit later that evening. They stabilized the Portland man’s ankle and used a carrying litter to transport him off the mountain, reaching the base at approximately 10:30 p.m. Saturday evening.

Outside of the county, Wardens also responded to ATV crashes in Lincoln, Standish and Kingsbury Plantation over the weekend. The Standish crash resulted in a 22-year-old woman being transported to Maine Medical Center with injuries to her leg on Saturday, while two people were injured in an ATV rollover were treated at the scene by EMS personnel from Greenville’s Mayo Hospital.

In Lincoln, Shannon Brewer, 40 of Corrinna, was killed after her ATV rolled and pinned her against a tree as she approached a four-way intersection on the Pierce Webber Road at 8:30 p.m. on Saturday. She died at the scene. While the crash remains under investigation by the Warden Service, excessive speed, inexperience and possibly alcohol are believed to be factors.