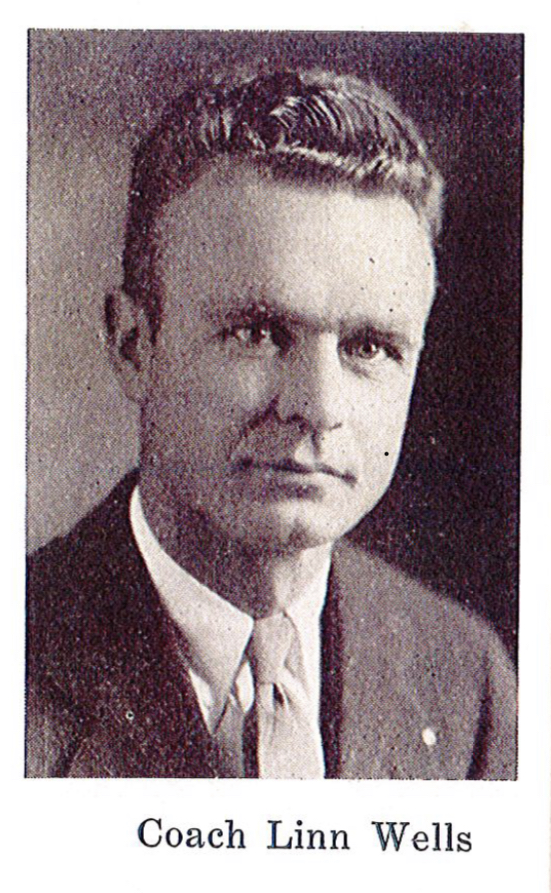 Linn Wells pulled no punches. It’s Saturday, May 30, 1970. The long-time Bowdoin coach, eight-year Navy veteran and television sportscaster was outraged. Now station manager and “roving reporter” for Farmington’s WKTJ, Wells was broadcasting from an event in his hometown of Wilton being conducted in defiance of a new state law. He had nothing but praise for what Wilton was doing, however. For it was observing Memorial Day on May 30.

Wells was perturbed by newly enacted state and federal laws that moved Memorial Day from May 30, to the last Monday in May. While elsewhere the observance had just shifted to Monday the 25th, Wilton adhered to the century old date of May 30.

Thus, as Wells was closing out his broadcast from the town’s festivities, he emphatically intoned, “This is Linn Wells on the real Memorial Day in Wilton.”

This champion of holiday tradition, who died in 1979, would of course be pleased at this year’s Memorial Day. For this year, the last Monday coincides with the 30th, the first time that‘s happened since 2011.

It’s also thus an occasion to take a brief look at Wells’ own intriguing professional narrative. Raised in Wilton and an alumnus of Springfield College, Wells’ comments on inauguration of the Monday Memorial Day laws came near the capstone of a nearly six decades’ career that had taken him to positions in over 20 different states and several overseas countries. Among them: Coach of the U.S. exhibition baseball team in Berlin at the 1936 Olympics, over a dozen years as head baseball and hockey coach at Bowdoin in the 1930s and 1940s, rendering the first play by play broadcast of a football game in Maine in 1937, a game in which Bowdoin defeated U-Maine 13 to 6.

His advocacy for keeping the traditional date for the observance of Memorial Day stemmed from his years as a Navy officer during and after World War II. Future President Gerald Ford – himself a former Yale assistant football coach – was among those in a military sports unit he commanded.

Discharged as a Commander in 1950, Wells then further pursued his talents as a sportscaster with assignments at TV and radio stations throughout the country. The venues of his sports casting included Boston Garden, World Cup soccer games and PGA golf classics. He returned to Maine to become the first sports anchor at CBS’s Portland outlet, Channel 13 TV – now known as WGME – when it went on the air in 1954.

In the late 1950s and into the 1960s callings at other media outlets in New England followed along with a stint as assistant to the president of St. Francis College in Biddeford. Among the luminaries who crossed his path – including a broadcast interview – in this era was baseball legend Ty Cobb.

By 1968 Wells was back in Wilton, living there for the first time in nearly half a century. His local extended family by this time included a brother and nephew who had been carrying on the Belle of Maine canning factory founded by his father, a nephew who had been superintendent of schools in Farmington and another who was a science professor at UMF.

After relocating to Wilton, it didn’t take long for the phone to ring. On the other end of the line was famed Maine broadcaster Denny Shute. The founder of a chain of radio stations and a one time TV talk show host himself, Shute needed to give up his position as manager of Farmington’s WKTJ to embark on a bid for Congress.

Over the next eight years, Wells became an invigorating – though occasionally controversial – presence at KTJ. Among the many whose first job in the trade was working for Wells was future acclaimed Maine Public Broadcasting journalist Ed Morin. Morin recalled recently for this columnist that a hallmark for Wells was assuring that on scene broadcasts of area events would include random interviews with attendees. Though Morin acknowledged that he himself sometimes did not always enjoy doing “Vox Pop” he observed that “at times, it’s the best way to get information out.”

Another of Wells’ apprentices in this era was Jack Anderson, in more recent years a well known Farmington jeweler. Anderson and Wells shared a strong interest in traditional culture – Anderson later becoming the president of the Model T Association of America. Anderson recalled last week for this columnist episodes of Wells’ intrepid physical prowess – even in his mid 70s. Among them was when arriving before gates had opened at a high school football game he vaulted the fence with the agility of a teenager. Arctic weather conditions at other outside events were also no obstacle to Wells’ celebrated stamina and endurance.

Near the end of 1976 – and about the time of his own 76th birthday – Wells and KTJ parted company. Wells soon brought an age discrimination suit against the station. A contentious jury trial that featured sharply conflicting testimony on the grounds for Wells’ termination resulted in a verdict in 1978 exonerating the station.

On appeal, the Maine Supreme Court reversed and remanded the case for a new trial, this on the grounds that the lower court judge had improperly instructed the jury that age had to have been the “sole or exclusive cause” for his dismissal. In a landmark ruling the appellate court ruled that age need only have been a substantial factor and need not have been the only grounds for an employee’s dismissal in an age discrimination case.

By the time the case made it back for a remand in 1979, Wells had died of a heart attack and his widow declined to go through with another trial.

Though Memorial Day remains a Monday holiday protests from veterans like Wells even before his death were successful in pushing for the resumption of tradition when it came to Veterans Day. This occurred in 1973 when state and federal legislation forced a reversion to November 11th from what had – for a four-year period – been the fourth Monday in October.

Another triumph for the views espoused by Wells came in 1975. That’s when the Maine legislature re-set Memorial Day to the 30th. A hitch in this law is that the change back to the old date is contingent on Congress making the same change at the federal level.

So far, it hasn’t. Though the shift of Memorial Day to an always occurring on Monday event now seems more accepted than it was when first introduced there are still some who no doubt echo Linn Wells’ 1970 assessment that it is not “the real Memorial Day.” A younger generation might also consider the practice of the last five decades as having acquired an authenticity of its own.

Paul Mills is a Farmington attorney well known for his analyses and historical understanding of public affairs in Maine. He can be reached by e-mail: pmills@myfairpoint.net