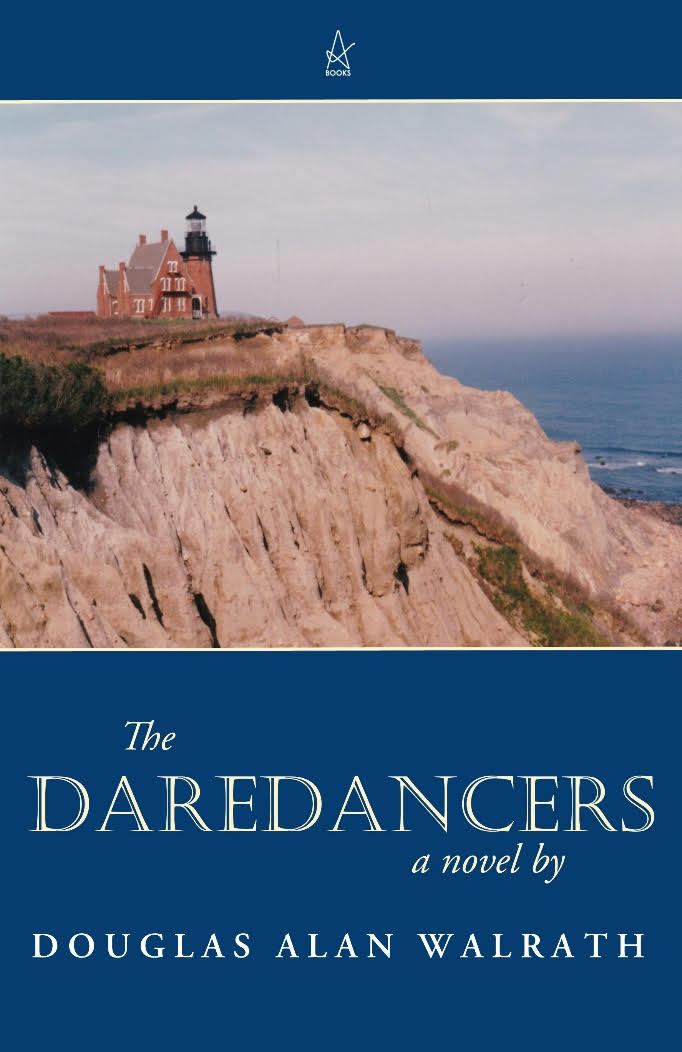 “At some point in their lives most people realize they would have to dance on life’s edges to pursue what they want or believe in,” Walrath said of his novel. “A few do it. Some of them dare to dance in The Daredancers.”

Molly Hutchins, a schoolteacher, widowed young and held captive by her memories for a dozen years, chances new love with Frank Perelli whose wife has been institutionalized for many years with violent dementia. They dance on the edge. Then the music stops.

Walter (Mac) Macdonald, a gutsy compassionate truthteller minister with other daredancers, becomes one himself when he encounters a caring cosmic Force that seems more present than the God he was taught to believe in. He dares to include his discovery in his dance of faith. It’s risky. He’s venturing outside the box—along with Kate Klein who brings out the Mac in him.

The Daredancers features real-life people who come passionately alive in interweaving strands of suspense that draw the reader into their “beyond-the-edge” venturing. It appeals especially to readers hungry for provocative fiction with substance.

Copies of The Daredancers are available nationally on Amazon and from independent booksellers, including Devaney, Doak and Garrett, Booksellers in Farmington.

Douglas Alan Walrath has worked as an insurance investigator, musician, factory worker, pastor, teacher, farmer, and most recently professor of practical theology. For many years he travelled the US, Canada, and England as a strategic planning and conflict management consultant. He is the author or co-author of a dozen books in the fields of American culture, church leadership, literary criticism, and literary fiction. Doug lives in Strong where he and Sherry, his wife, garden organically, play traditional jazz, and enjoy challenging conversation.

To learn more about Walrath and his novels visit http://douglasalanwalrath.com