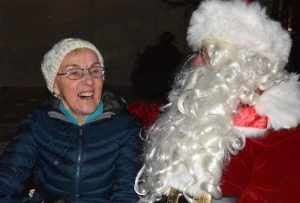 FARMINGTON – Dorothy (Dot) Whipple Wing, 90, of Farmington, passed away on November 15, 2022, at the Pierce House where she had been a resident for four years. Her family was by her side.

Dot was born in Madison on May 21, 1932, the second eldest daughter of Charles and Marion (Taylor) Whipple.

Dot married Herbert Wing on March 10, 1951 and they were married almost 64 years prior to his passing in 2014. Dot left home at 13 years old to “work her board” in Madison so she could complete high school, which was very important to her. Prior to starting a family, Dot worked for First National Grocery where she earned the designation of “Checker of the Year” that took her on a rare trip to Boston. While raising her daughters, Dot was an avid volunteer and community contributor. Some of her most cherished organizations where the United Methodist Church where she was a long-time trustee, organizer of Saturday night suppers, Sunday School teacher, and the organizer, cook and manager of the church booth at the Farmington Fair.

Titcomb Mountain was also near and dear to her heart. Dot learned to ski as an adult and instilled the love in her children, grandchildren, and great grandchildren. Dot, along with her best friends Murph Ferrari and Jeannette Sproul, organized hundreds of events over the years, managed the volunteers at the commissary and worked on the Nana Webber learn to ski program for several seasons. Known as the “three musketeers of Titcomb”, the three could be seen all winter skiing and volunteering. Dot was 83 years old when she took her final ski. On any given day, she could be spotted on her long walks that always ended with a trip to Dunkin Donuts to meet her friends at 3 p.m. sharp. After her girls were grown, Dot worked for Marty and Larry Gross in their dental office and truly loved them both and their wonderful patients. She also worked with her friends at Aramark on events at the University, with the best part meeting so many wonderful students and coworkers.

Dot and Herb built two homes together and were known for the immaculate upkeep of their homes and gardens. There was nothing better to Dot than snuggling a baby. She adored her grandchildren and was an important person in all their lives. The great grandchildren were a gift and she spent countless hours enjoying them. Dot enjoyed attending everyone’s activities including her “adopted” children and grandchildren. Dot always had a beautiful smile and enjoyed doing acts of kindness for others. She said it gave her so much happiness. Her legacy will live on through her family as they commit to a life of giving in her honor. 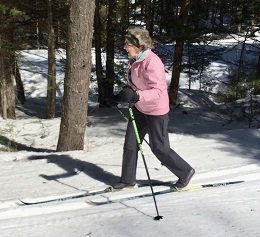 At this time the family is celebrating Dot’s life privately and there will be a burial in the spring. If you would like to honor her, please consider a donation to The Pierce House, 204 Main St., Farmington, ME 04938, where Dot met the most wonderful friends and had the most kind, compassionate caregivers that became family to her; or to Titcomb Mountain Ski Education Foundation, PO Box 43, Farmington, ME 04938, in honor of her love of children having the opportunity to ski. When you think of Dot feel free to honor her lifetime of community service and kindness. She would be so happy!

Arrangements are under the care and direction of Dan & Scott’s Cremation & Funeral Service, 488 Farmington Falls Rd., Farmington, ME 04938.