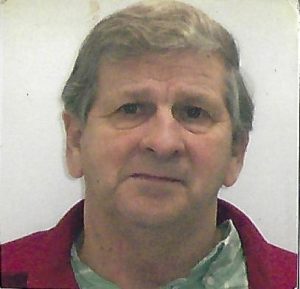 INDUSTRY — Robert (Bob) C. St. Pierre, 77, passed away peacefully at his home on April 6, 2022, with his loving wife, daughter, son in-law, all of his siblings, and other family members by his side as he wished for. He was born on September 17, 1944 in Lewiston, son of Bruno and Beatrice (Wixon) St. Pierre. He served his country in the U.S. Army from June 1967 to May 1968, receiving an honorable discharge as a PFC.

On March 20, 1981, Bob married Michele Whitney in Industry. He was employed as a die cutter at Forster Manufacturing Company, retiring in 2004. Bob enjoyed ice fishing, brook fishing, hunting, camping, four wheeling, going for rides, and spending time with his family.

There will be no services at this time. Arrangements are under the care and direction of Dan & Scott’s Cremation & Funeral Service, 488 Farmington Falls Rd., Farmington, ME 04938.