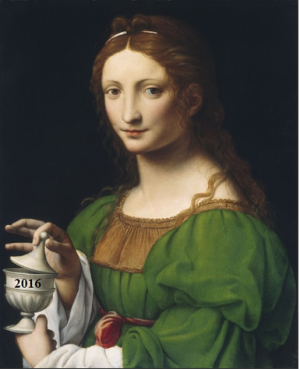 A new Year walks among us now and she has graciously offered to provide her insights into what lays ahead in this exclusive interview!

Kenny: Thank you indeed for taking the time to speak with us.

Kenny: Are you all right? You look a bit peaked.

The Year 2016: Oh I’m fine. 2016 is a Nithos Bell Ringing year and I just completed the ringing. It is a very exhausting ceremony.

Kenny: A Nithos Bell Ringing Year? I haven’t heard anything about that. What is it?

The Year 2016: The ceremony is performed once every 10 years. Notice is given two years in advance that Nithos, the demon of literary closure, will be loosed.

Kenny: Can you elaborate a bit?

The Year 2016: Certainly. The bell tolls for authors who have achieved the state of penultimance, of being one book away from closing out a series of great excellence, and for whom the last book will either cement the series in its high quality for all foreseeable time, or cast it into oblivion with a failure of final execution. There are four rings. The first two are warning rings, done two years in advance. The second rings, those I just completed, are in earnest. The first of those calls upon authors whose series’ have established brilliant promise, but whose final volume has lagged long beyond an acceptable time. The second tolls for authors who have been timely but are simply in a state of penultimancy.

Kenny: I see. And how does Nithos fit into this?

The Year 2016: The two final bell ringings are a summoning. Nithos will pay a stern visit to those authors who have lagged behind, and who did not heed the tolling of the warning bell.

Kenny: What will he do?

The Year 2016: Consume them body and soul, all except their toenails. He finds toenails distasteful.

Kenny: Hmmn. Well two authors that come to mind are Justin Cronin and Patrick Rothfuss. Talk about great series that have had their final book take forever. Should I be worried about them?

The Year 2016: Cronin heeded the summons promptly. The third book in The Passage Trilogy, City of Mirrors will be out in June. He only need concern himself with the second ringing. Mr. Rothfuss is in great danger. I hope he avoids a terrible fate. How I have longed for the third Kingkiller book.

Kenny: I hope so too! And what of the second bell tolling, for authors who have achieved penultimance? Are they in mortal peril too should their final series book fail the established promise of its predecessors?

The Year 2016: Not mortal peril exactly. Should the final book fail of the series’ promise Nithos breathes upon their authors, he does not consume them. 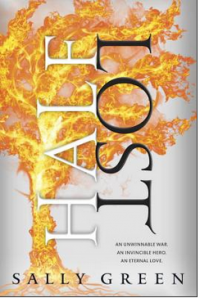 Kenny: What does the breath of Nithos do!?.

The Year 2016: That is hidden from the years, though I daresay some clues may be found in Kazuo Ishiguro’s Buried Giant.

Kenny: Interesting! Well, two of my favorite series are wrapping up, Sally Green’s Half Bad series and S.E. Grove’s Mapmakers Trilogy. Can you tell me anything about them.

The Year 2016: Neither of them have anything to worry about. Green’s final book, Half Lost, is of such surpassing excellence that it elevates, rather than simply consummates what has come before. A superb, satisfying conclusion to a trilogy whose readership will long endure. Grove’s The Crimson Skew is a sublime culmination of a truly exceptional series. It stays rooted in its core themes of substantive friendship, pure adventure and imagination, and an intellectual depth pertinent to the working of both persons and history, which is broadly accessible to strong readers of all ages.

Kenny: Great news! Are there any other noteworthy literary events to be mindful of in 2016?

The Year 2016: Hmmn, well for kids books two notable debuts are Knights of The Borrowed Dark by Dave Rudden, and Into The Dim, by Janet Taylor. Both books combine terrific storytelling with intriguing secret orders. Knights is a pulse pounding middle grade tale of a gifted few who hold back the incursions of dangerous parallel realm. Into the Dim is a time travel narrative with historical integrity and captivating romance. 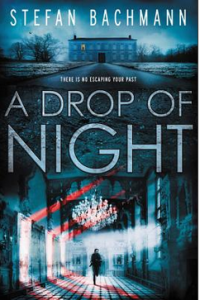 The term ‘must read’ is too anemic to be applied to Pax, by Sara Pennypacker. That book should be on every reader’s horizon. Let’s see…April Genevieve Tucholke’s Wink Poppy Midnight, features three strongly delineated first person narrators. Dark and compelling, it challenges the reader in the best way. Speaking of dark and compelling, Stefan Bachman’s A Drop of Night is macabre to the core. This story makes highly imaginative use of The French Revolution as a backdrop for a story of pervasive evil in an underground palace that is deliciously atmospheric. And speaking of secret orders set against an historical backdrop in a dark, richly atmospheric, gothic setting, The Charmed Children of Rookskill Castle, by Janet Fox castle is another exceptional middle grade debut.

Kenny: Well then! We’re short on time. Can you pick an adult book of particular interest on the horizon?

The Year 2016: The Last Days of Magic, by Mark Tompkins, offers an interesting account of Celtic mythology intertwined with strongly re-imagined historical elements, such as witchcraft, exorcism, Christianity’s subversion of paganism and England’s invasion of Ireland. As a member of a true pantheon I always find accounts of fictional ones diverting. Indeed, this book is very ambitious and has great strengths to offset a few warts.

Kenny: Thank you so much for taking some time with us.