Bear Is a Bear is a rare and exceptional book which, beginning with our third sentence, we will refer to simply as Bear.  Bear Is a Bear’s Bear is a wonderfully imagined and rendered friend who we will call Bear. “Bear is” are a pair of words which begin every sentence in Bear’s account of Bear and that is a practice we will honor here. 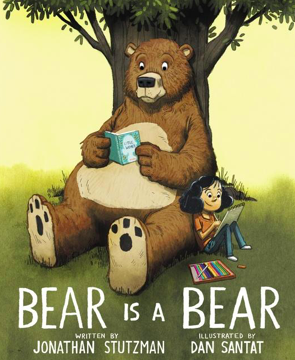 Bear is a book made to share that you can hand to most anyone and tell them “you should read this one” and they will do so and then clutch the book to their chest with warm tears on the edge of their eyes. Bear is a book that leaves the store with its new person still clutching it to their chest. Bear is a book we keep a copy of near the register so that we can scan it in without its new owner having to relinquish it.

Bear is a litmus test which reveals whether a person has an engaged soul or is a dry husk walking the earth without benign purpose. Bear is a book we all love at the bookstore, even Nick, who initially claimed to be unmoved, and for whom we did an intervention in which it was revealed that he did feel something moving behind his crusty exterior and that on the day Bear escapes from that arid, scabrous shield, the book and its Bear will have saved Nick’s life by having kept the pilot life of his soul safe and lit until the day it emerges to reengage with the world.

Bear is a bridge spanning worlds and elements of time, from the fleeting eternity of youth to the spooling motions of age. Bear is a friend for every occasion. Bear is a companion around every corner until it is time for him to sleep in memory and then return to connect both one generation to another and one person to their past selves.  Bear is like the Bifrost Bridge only safer and less fraught. 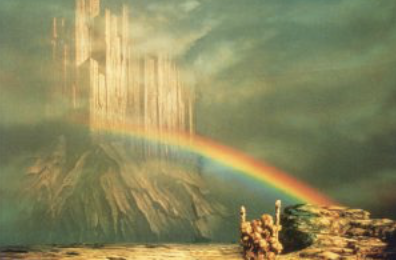 Bear is a book to share right now; it is like an infrastructure bill that everyone can agree on, supporting the tasks at hand and the tasks to come. Bear is a book we will have at the bookstore as long as we are both here.